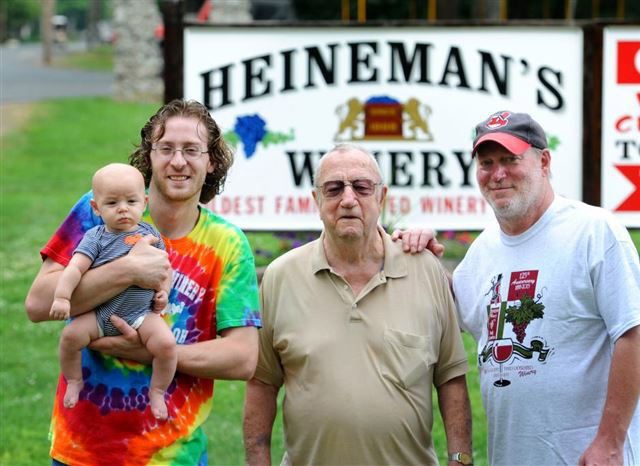 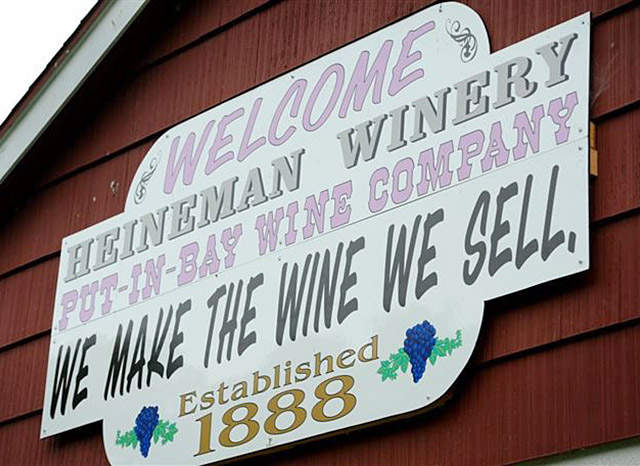 History in a Bottle

Today the third, fourth and fifth generations of Heinemans, Louis, Edward and Dustin share the family wine making tradition. The Heinemans and other local growers cultivate 50 acres of grapes on the island. This gives the winery "vine to wine" quality control year after year. The Lubrusca or native grapes are grown on South Bass. The two major varieties are Concord and Catawba. These are used to produce two grape juices and many of the wines including the most popular, Pink Catawba. Ives, Delaware, and Niagara are other examples of Labrusca grapes grown on the Island.

Wines produced from a single grape and that carry the name of the grape are called Varietal, that is, made from a single grape variety. Other wines are created when two or more varietals are blended and given names like Sauterne or Burgundy to denote their classical heritage.

A photograph from the prohibition-era shows the cellar of Heineman Winery filled with tables and giant vats of what was then called grape juice. 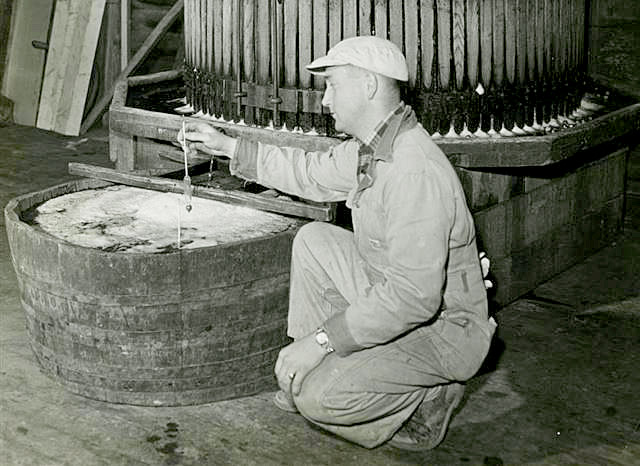 Louie Heineman of Heineman Winery checks the sugar content of a batch of wine. Today Louie's son and grandson primarily operate the family business which has been around since 1888. 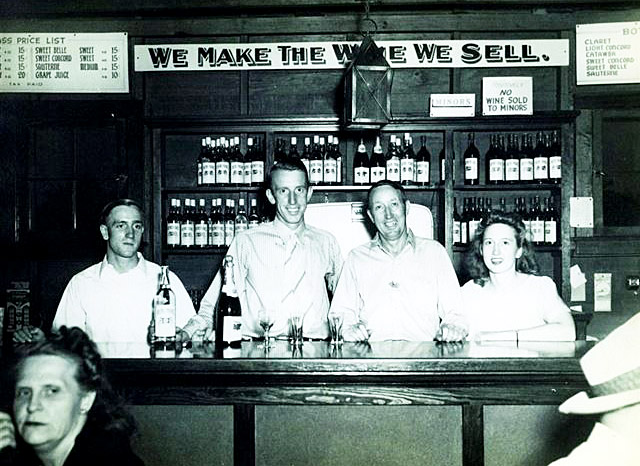 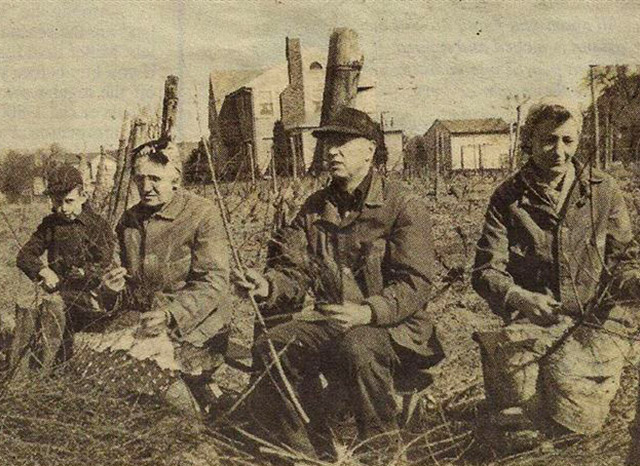 Norm Heineman, center, with his wife Helen, center left, late son Gustav and family friend Olga Kindt, sit in the family vineyard in a photograph from the 1930s. 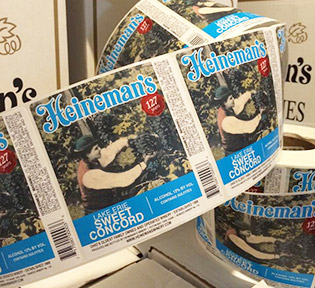